The New Role For Car Batteries

Car batteries then and now: an overview

Good and simple: Requirements of car batteries up to 1990

A few decades ago, apart from the starter and the ignition, there was only a small number of devices in the car which had to be supplied with electricity. Except for the vehicle lighting, radio and windshield wipers, in many small and compact cars, there were not many other consumptions of electricity. Even in concept cars in those days, engineers tend to concentrate on a futuristic design and innovative engine technology rather than on electronic assistants.

New technologies, greater demands: The role of batteries from the middle of the 1990s

A modern car now has more than 150 electrical accessories. Demands on driving as an experience have grown. Drivers expect a high level of convenience, extensive safety, communicative networking, and a high level of environmental compatibility.

The role of the battery is more crucial than ever as vehicles evolve, requiring more power to meet the growing demands of consumers, automakers, and regulators.

Car functionality such as start-stop systems, regenerative braking, advanced safety system has to be controlled and reliably supplied with electrical power. Car batteries must keep pace with developments in the automotive field.

If you’re looking to power a start-stop vehicle with numerous electronic features or plug-in accessories, you should consider a battery made with advanced technology like Absorbent Glass Mat technology.

The modern battery to trust

Delkor® AGM Batteries are the premium choice for high-end and advanced fuel-efficient vehicles with high electrical demands. This innovative technology offers up to two times the life of a standard flooded battery and superior performance over the life of the battery, to better meet the demands of today’s start-stop vehicles. 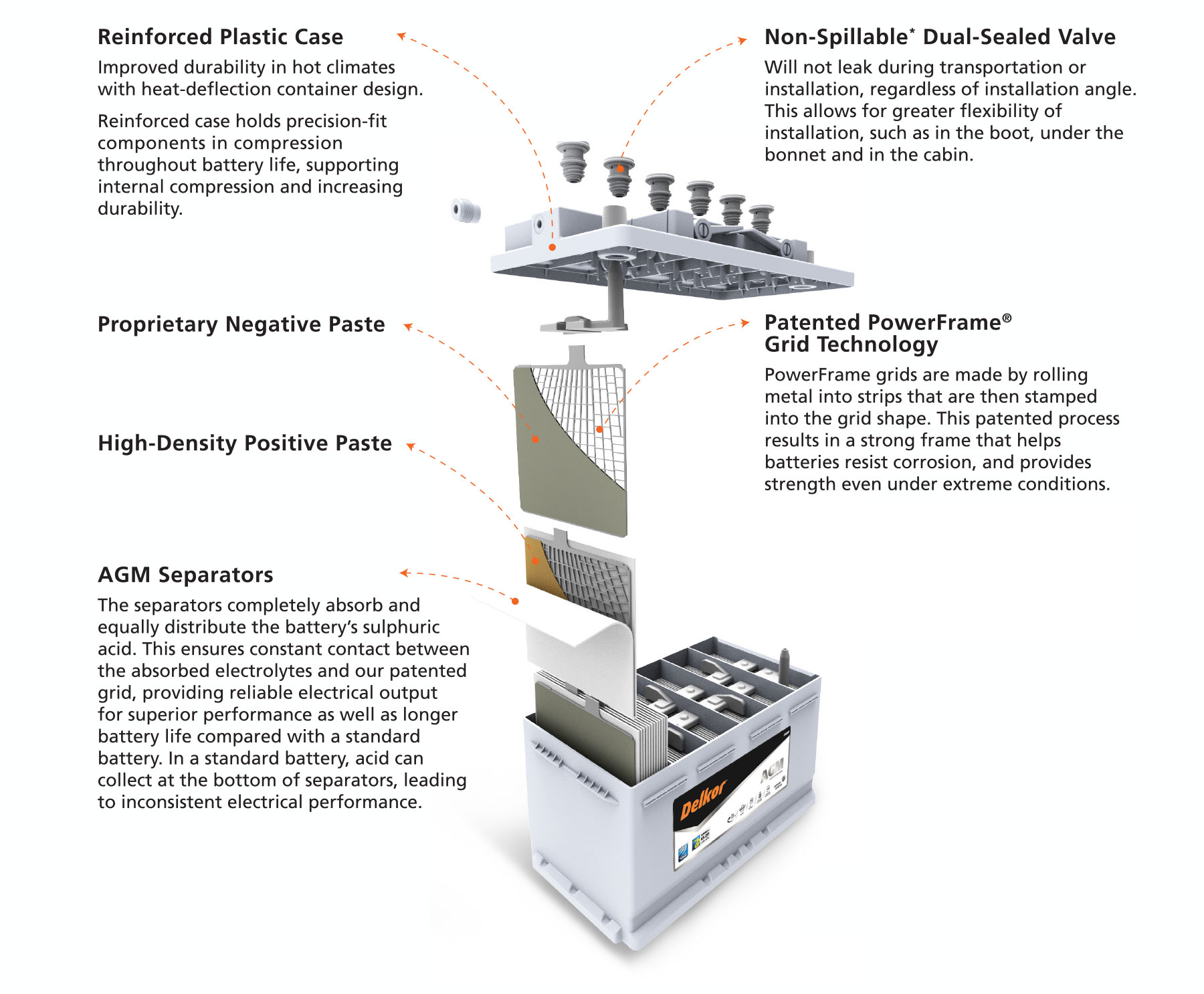 Each Delkor AGM battery is outfitted in a high-heat resistant homopolyer resin for increased strength and thickness, allowing for improved pressure containment. The PowerFrame® grid technology in the battery provides superior and consistent starting performance with up to 70% better electrical flow than other grid technologies. Delkor AGM battery is also certified non-spillable, allowing different angle of installation and greater mounting flexibility, such as in the boot, under the bonnet and in the cabin.

A look to the future: New batteries are already available

Drivers will be increasingly assisted by intelligent systems and will hand over a part of their control over the vehicle to the control unit in the future.This involves the necessity for a high performance and reliable power supply for future electric vehicles. The development of new battery technologies will not be just for electric vehicles, but importantly, for the coming generation of combustion engines in the vehicles.The growing number of electronic systems demands an increasing amount of power from the battery. 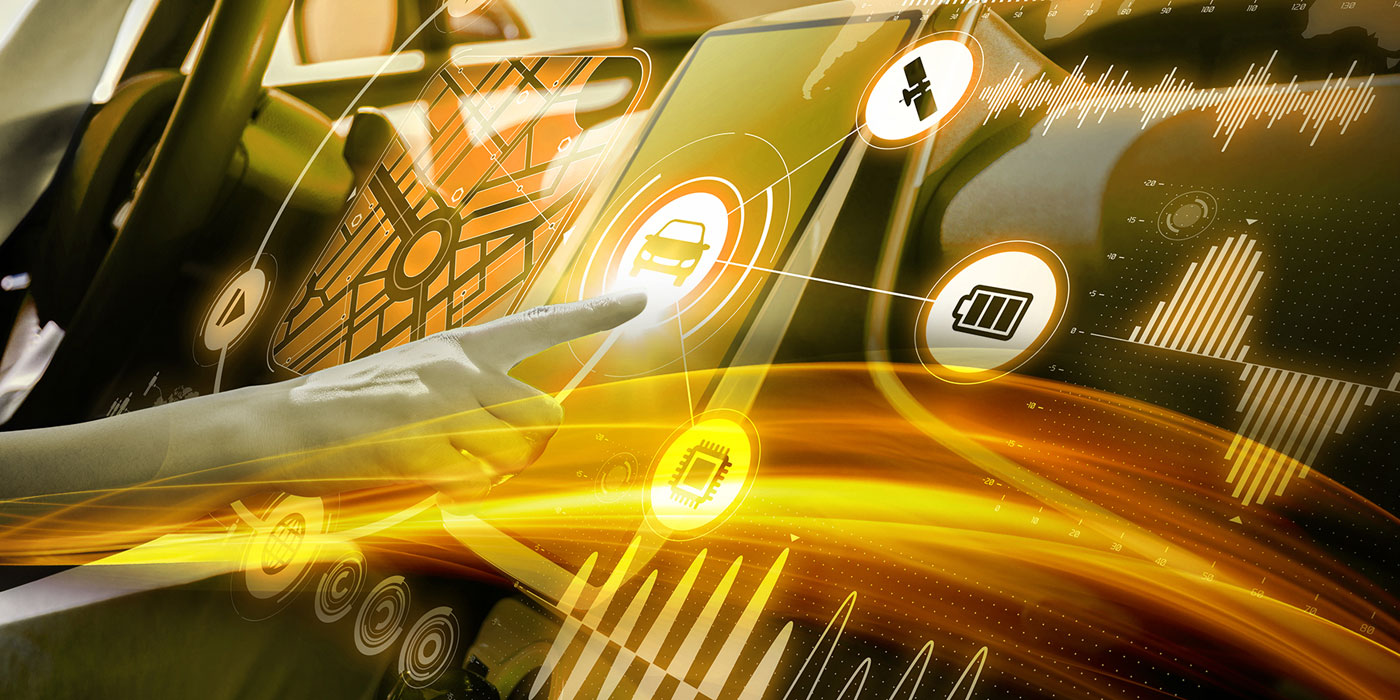 Start-stop technology will still be increasingly widespread in future vehicles with combustion engines.

The new role for car batteries

The role of the battery is more crucial than ever as vehicles evolve, requiring more power to meet the growing demands of consumers, automakers, and regulators.